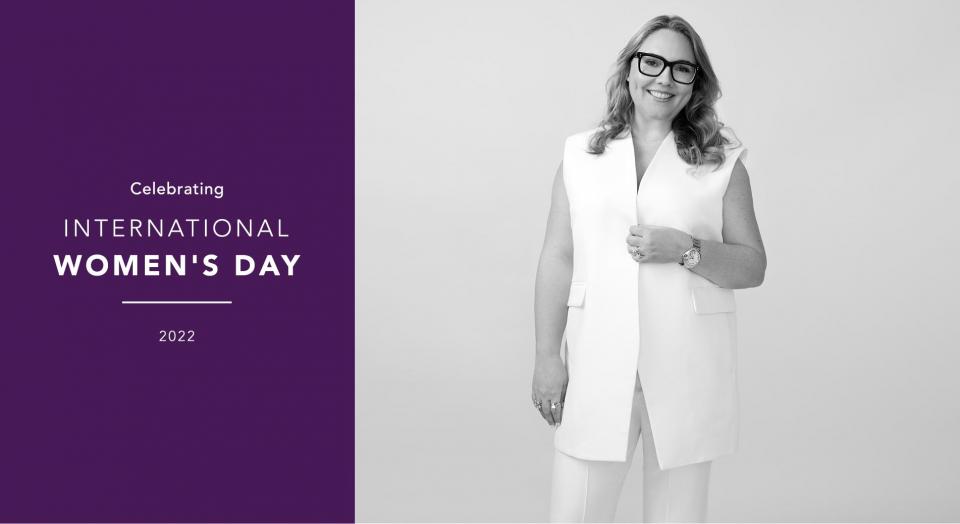 Break the Bias this IWD, with Alexandra Kidd

She’s even been included in “The Definitive Guide to the World’s Top 100 Designers” — now there’s a claim to put on your CV. But with her expertise and experience, a CV isn’t even necessary. Why would it be, when she’s founded her own Sydney-based interior design studio — with her name front and centre.

She started the studio as she had a “desire to surround myself with like-minded people, who had a mutual love and respect for the same beautiful things.”

“Creativity is all about expression. It’s the way in which I see the world, and how I find meaning in almost everything.”

Although she absolutely loves design, and “chose to do what I do as I wanted to be surrounded by it at all times”, Alexandra confesses to thinking that if she’d known what would be required at the start of the journey, “I might not have signed up.” It’s taken a lot of hard work, resilience, and absorbing all the knowledge she possibly could to get to where she is today.

She talks about being “underestimated from day one”, being a young female in a very male-dominated industry.

Her first project, a large hotel and apartment building development with a consultant team of 30+ male consultants, saw her being “continuously pushed aside”, or ignored — with questions being directed to her male colleagues, instead.

When moving to residential construction, she found the bias was “more around experience”, with people unable to get their head around the fact a young woman may know about construction. Knowing plenty, having a father in construction, would “surprise, shock or delight.”

If she could go back to her younger self with one piece of advice, Alexandra says she “would have told myself to have the confidence to speak up and to stand up.” She says that now, being in her forties, one of the best parts is having confidence. “I no longer worry what people will think of me, and have no hesitation to speak up when I hear people speaking inappropriately.”

Reflecting on the changes to her industry in the past 20 years, she does acknowledge the sector is “very different now” — but she makes sure to emphasise the fact she won’t stand for any of her team to be bullied or abused “in even the most subtle of ways.”

Her all-female team, full of “fierce and fabulous women”, work to break the bias every single day, doing so with “love, compassion and a very sharp design eye.”

These aren’t the only women she reflects on, thinking back to the influence of her mother and her stepmother. With a single mum who worked tirelessly to support her family, she observed a work ethic that was “second to none”.

“From an early age, I was conditioned to work hard and to ensure my own financial security.”

Her stepmother, who worked in the lighting industry, helped influence her career path — “I was exposed to design parties and fairs early on”, reminiscing about “the fabulously creative people” and their energy and dynamism — that she just knew she wanted to be a part of.

When it comes to breaking the bias, Alexandra believes it “starts in homes and in the classroom, for a very early age,” and speaks of her hope that her daughters will never feel the “shame of feeling responsible or guilty for someone else’s prejudice or discrimination.”

Citing a desire to see language around bias change, she’s read to them about powerful women in history and “how they had overcome bias and restraint to accomplish brilliant results.”

Faced with perplexment — how do you explain historical gender inequality to children, and why these women’s successes were so important — Alexandra had to explain the context, and how this was when women weren’t afforded the same rights as men.

Seeing only someone’s right to express themselves or be themselves with no judgement, her youngest daughter responded “Mummy, that doesn’t make sense, we’re all human beings.”

Like Alexandra said, reflecting on the moment — “So simple!”