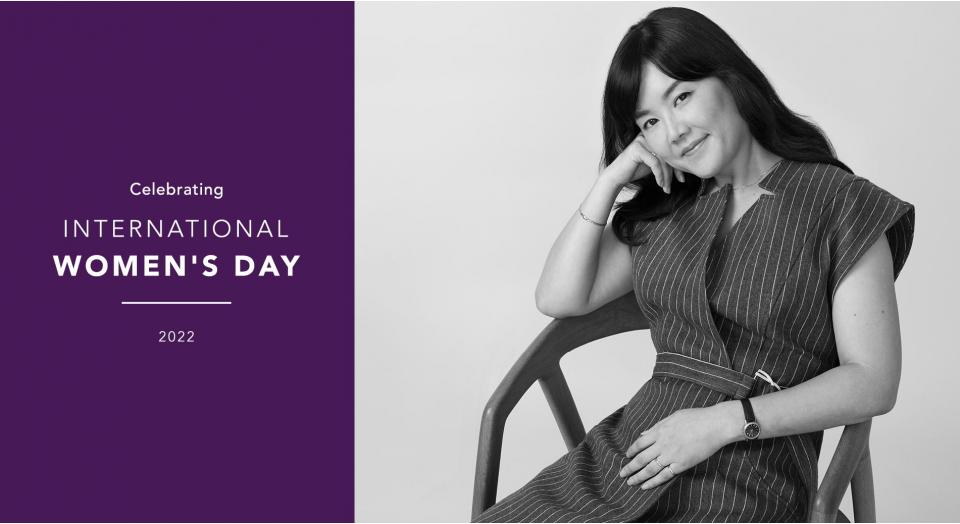 Break the Bias this IWD, with Suzanne Kim

When it comes to Australia’s film and screen industry, it’s safe to say that women are underrepresented — both on the camera, and behind it. Documentaries, spanning 1988-2014, only saw 34% female directors. As for film? Between 1970-2014, a mere 16% of directors were women.

That’s what makes Suzanne Kim even more impressive. She’s a writer, filmmaker, and film director with Collider — a film production company and design studio. Award-winning, in fact. She’s interested in anchoring female narratives at the centre of her work; she takes part in the initiative Free The Work Australia, which addresses gender imbalance among directors in the commercial, TV and film industries.

So how did Suzanne Kim get to where she is today? “Without the help, guidance and precious time of others, I definitely would not be where I am.”

Starting as a production assistant, she was a producer for a few years before pivoting into full time directing — something she calls a “Team sport.”

“What I love most about my job and our industry is that people are always so generous with their creative spirit, time and energy to help realise your vision. I think the best directors surround themselves with the best people around them and allow them the space to do what they do best.”

Although she says there’s “absolutely some truth” about the filmmaking industry being “cut-throat and fiercely competitive”, in her personal experience “traditional ways of thinking are on their way out.”

As for what’s coming? “A new wave of exciting and collaborative minds bringing more empathy into their work.” In addition to this, Suzanne talks about how, in filmmaking right now, there’s more of a “deliberate and communal goal” to make filmmaking an “equitable industry.”

When asked as to how she’d like to see men work towards the theme of this year's International Women’s Day, Break the Bias, she responds saying: “I’m always thankful for the immensely inspiring and open minded people in my community, of all genders — personally and professionally who lift each other up.”

Not only this, but she’d love to see — with men and with workplaces — “safe spaces where we can have honest conversations about commanding the same level of respect, opportunity and visibility.”

In fact, one hope she has? “[That] hopefully we don’t have to have these equality conversations forever!”

It makes sense when she reflects on how, to her, being a woman means to be “constantly challenged — politically, socially and sexually.” This uphill battle has seen women fight hard, protest fiercely and try to uncover truths; all so women in today’s world can be “whoever we want to be and have the ability to make choices about our own identities.”

It’s also about “finding inspiration and shared knowledge in the communities of wonderful people, of all genders, we surround ourselves with.”

This inspiration — this creativity — to Suzanne is about breaking patterns that “result in something useful to others”, whether it be intangible or physical. And by applying creativity in our everyday lives, we can “think beyond ourselves and make life infinitely interesting.”

Her sister, an art teacher and “amazing mother”, shares this creativity — constantly pushing and challenging it, so “she can be better for herself and ultimately others.” She sees this in her close-knit group of friends, who inspire her and each other to “think bigger, be better” — two things that take a lot of creativity, and courage, to do.

How did she get so lucky to have these kinds of women in her life?

Suzanne explains that “It’s important to attract the energy you want for yourself.” Not only did her mum create space for her to navigate her own dreams and aspirations, but her friends and colleagues are “some of the most hardworking women out there, [who] push me in ways even they don’t realise.” Thankful for their constant love, guidance and support — as well as the ability to keep her accountable — she recognises she “struck gold” with this cohort of unapologetic women.

It sounds like she’s achieved the advice that she’d give to her younger self — “Surround yourself with people who share the same value ecosystem, spirit and level of respect; always tell people how proud you are of them.”

In addition to this, she’d tell herself to trust her instincts: "Don’t keep quiet because you’re worried that your ideas or your voice may not be valued.”

“Honest conversations calling sh*t out, and just supporting one another.” But don’t worry, she doesn’t consider it a one-person responsibility — “It needs to be a collective consciousness that continues to challenge and change traditional perceptions of how and who is capable of doing something.”